The Town of Litchfield New Hampshire 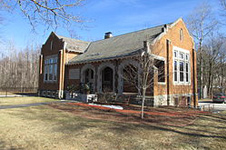 Litchfield, a town situated on the east bank of the Merrimack River, was known as Naticook until 1729, which was just before the town was incorporated in 1734. As such, it’s an old town, but one that has been growing consistently since the 1970 census. In fact, it’s grown more than 10 times what its population was in 1970: from a population of 1,420 then to 8,366 in 2015 -- time of the last census. That’s 560.7 persons per square mile of land area. Not only is Litchfield growing, but you still have a lot of space to stretch out and get comfy.

Though the town is small, the community that extends outside its borders is relatively large with a population of 404,000, nearly twice the size the county was in 1970. Litchfield is in the midst of a whole region that is experiencing a lot of growth. It’s just minutes from Nashua, a larger city with lots of boutiques and restaurants, and almost a one-hour scenic drive to Boston.

Population growth has soared for a number of reasons. The quality of life in Litchfield is generally above and beyond most communities in the United States. Specifically, education is excellent, with $13,550 spent on each child compared to the national average of $12,383. With excellent education comes a population that is well-educated, too. Culture is unique, with a mix of agricultural lifestyles mixing with the modern. The town itself is quiet, like the eye of the storm: it’s in between Manchester to the north and Nashua to the south. This region, known as the Manchester-Nashua metro area, a small to mid-size metro area, is ranked in the top 10 for safest metropolitan areas in the U.S.

Downtown Litchfield is historic in appearance and home to the first church in Litchfield. Accompanying the church downtown is the fire station, police station, and the old town hall. The 3A is the main avenue in, out and around Litchfield, and it runs parallel to the Merrimack River.

The parks in Litchfield offer great opportunities for weekend recreational activities. Two of its most interesting parks are the Litchfield State Forest and Litchfield Park at Sawmill Brook. In addition to Litchfield’s parks, you have the entire surrounding area to pick a new park each week. Litchfield is just minutes away from Moore’s Falls Conservation Area, Musquash Conservation Area, and other parks located in Londonderry, Merrimack, Nashua and beyond.

Litchfield is an unknown gem right in the center of a lot of things, from shopping to restaurants to parks to the beach. You can find something within driving range, and at the end of the day you can still come home to peace and quiet.

For additional information or to set up a tour, please contact Donna Tyros, Leasing Manager.

Email: This email address is being protected from spambots. You need JavaScript enabled to view it.